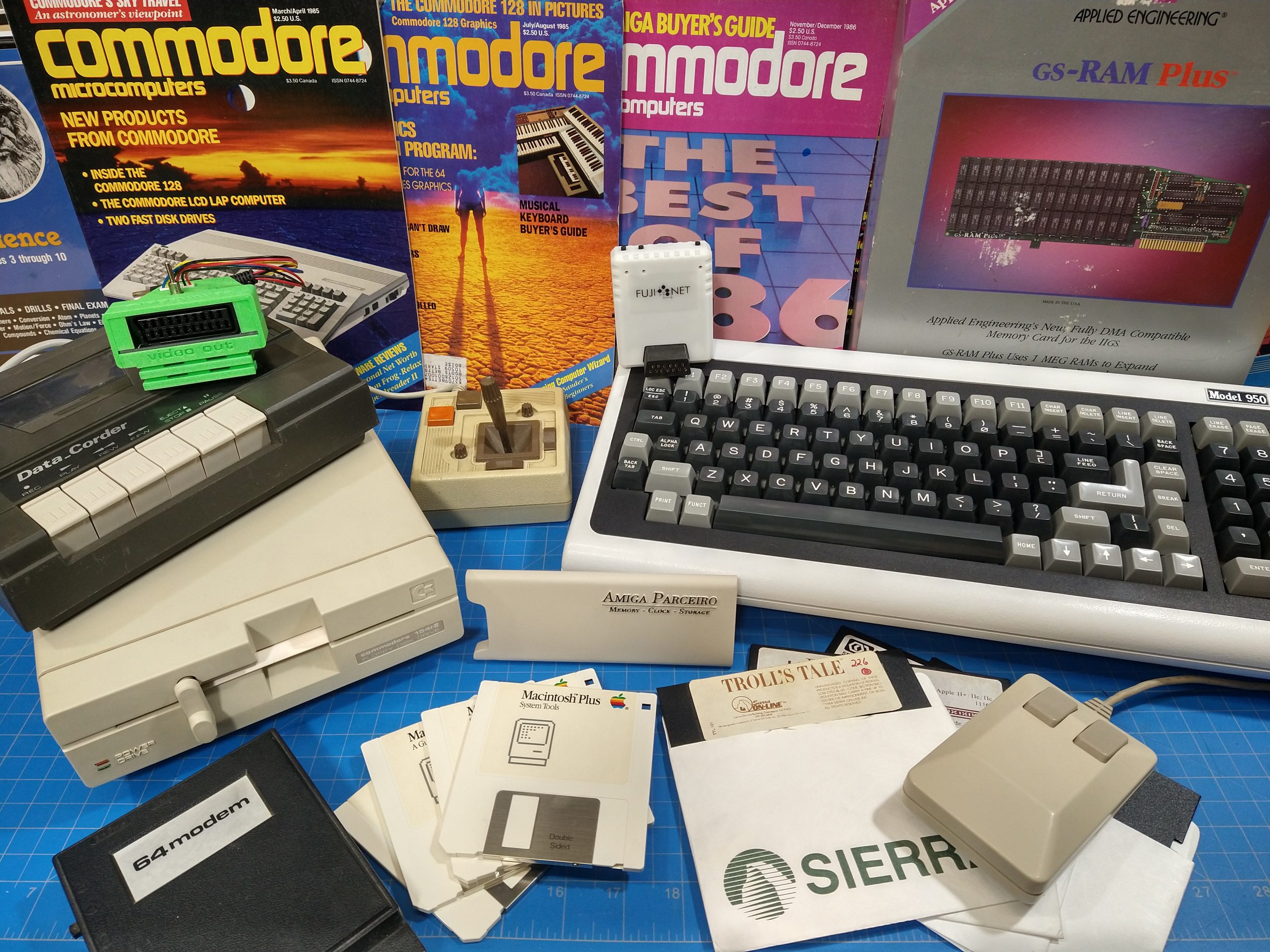 Things might seem quiet on the outside for 8-Bit Boyz and the website, however it could not be further from the truth. Though this summer has kept me busy in my personal life with projects and such I have also been acquiring and working on many retro projects.  If you follow 8-Bit Boyz on social media you will have seen some of what has gone on over the past few months, here is a breakdown of just some of those projects.

TeleVideo Model 950:
The terminal from 1980 that I picked up over the summer from Bob Spencer’s barn. This machine has sat for decades and the dirt and rust all over it proves it.  It has come along nicely with only minor repairs needed surprisingly and a lot of cosmetic restoration. 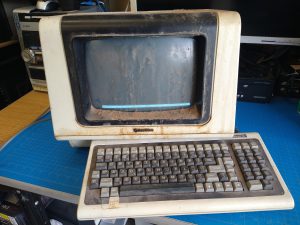 The St. Marks //gs from the Rick Collection:
I have been slowly yet steadily restoring the complete system, including repairing damage from age and the life it lived being used in a school. I am also building back up its software library on new floppies and even using it for calling BBSes.

More Rick Collection:
I still have one box left that I received from his spring shipment that has some really great items I am pulling to upgrade the St. Marks //gs with.  This past July my brother went to visit Rick and picked up even more Apple equipment that filled a large SUV.  So, the Rick Collection is far from over and will cost a small fortune to ship. 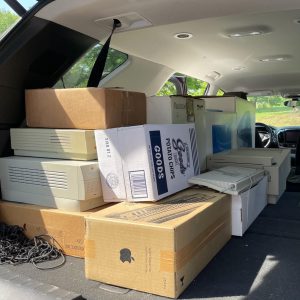 The Mike Collection:
This is a box I received from my brother of his own Apple donations at the beginning of summer and have yet to open it as I know the //gs and accessories in there will distract me.  But as time goes on it is calling to me and I will be jumping on that as the St. Marks //gs restore completes.

Image BBS:
This summer sounds like it has been a lot about Apple but Commodore has not been forgotten.  Our Image BBS has been up for a couple of years, however I never really shared it publicly, mainly as I don’t seem to get enough time to add features to it that I would like.  I did get it on the NISSA network months ago and that has been fun exchanging messages with other Commodore Image BBS boards, so if you would like to check that out the telnet connection is:  tka.8bitboyz.com:6400 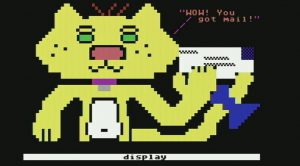 Commodore/Amiga/Atari:
I have acquired a variety of small Commodore accessories this summer from various types of C128 RGB adapters, 3d printed parts and cases for items like the pi1541 I posted on social media.  Along with slowly completing the full collection of Commodore Magazines. Those are just a few of the many acquisitions for our Commodore’s.

The Amiga’s have been getting new and updated acquisitions too.  A few of those are the update to the Parceiro for the Amiga 1000, replacement floppy drives and some piZeros for HDMI output.

As for Atari, I finally got a FujiNet 1.5 for our 800XL just this past month the moment they became available again!

That is just some of the acquisitions and projects I have worked on this summer along with trying to film the projects to share in future videos.  Speaking of filming, back in April 2021 sadly Bob Spencer passed away, some of you might have seen the videos on here of Bob talking about working at MITS and engineering the Altair 8800.  Well, Bob had asked me to shoot another video a few months before he passed on his prized project the MITS Attaché he designed from scratch and the story behind that machine so people would know something about it.  The raw video was all impromptu and over 2 hours of content that I still need to edit and share on here in the future. 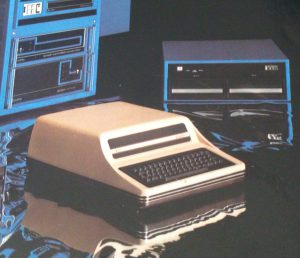 So, that is what 8-Bit Boyz has been busy working on this summer with a fair amount of content that needs to be worked on and posted over the upcoming months!  Oh, and you can expect more monthly calendar post/videos as I have a few more new and unique printers to make calendars on!

Thanks for your support and stay safe! 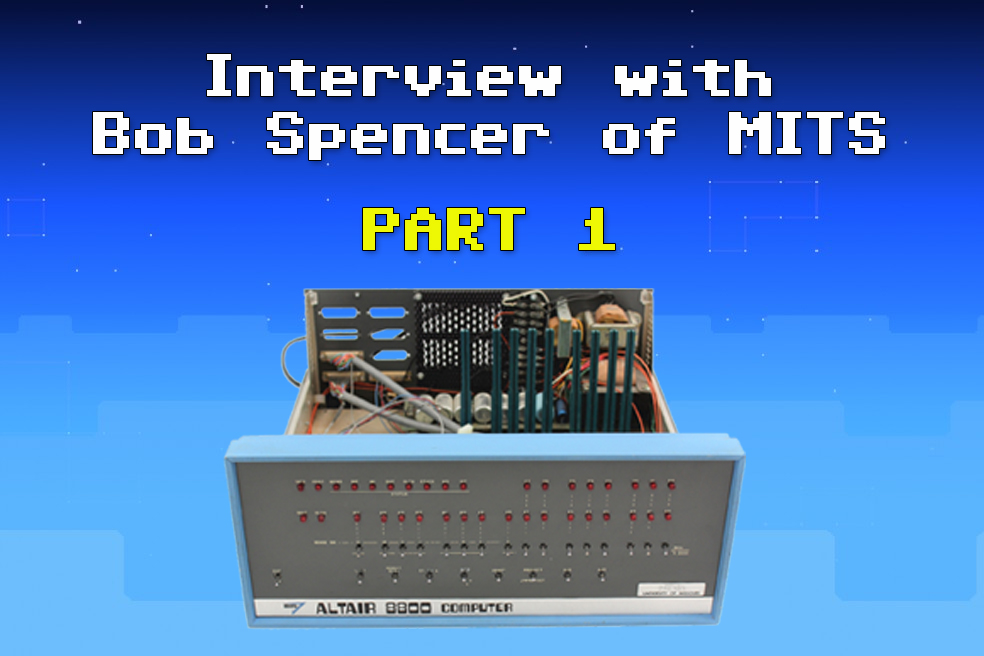 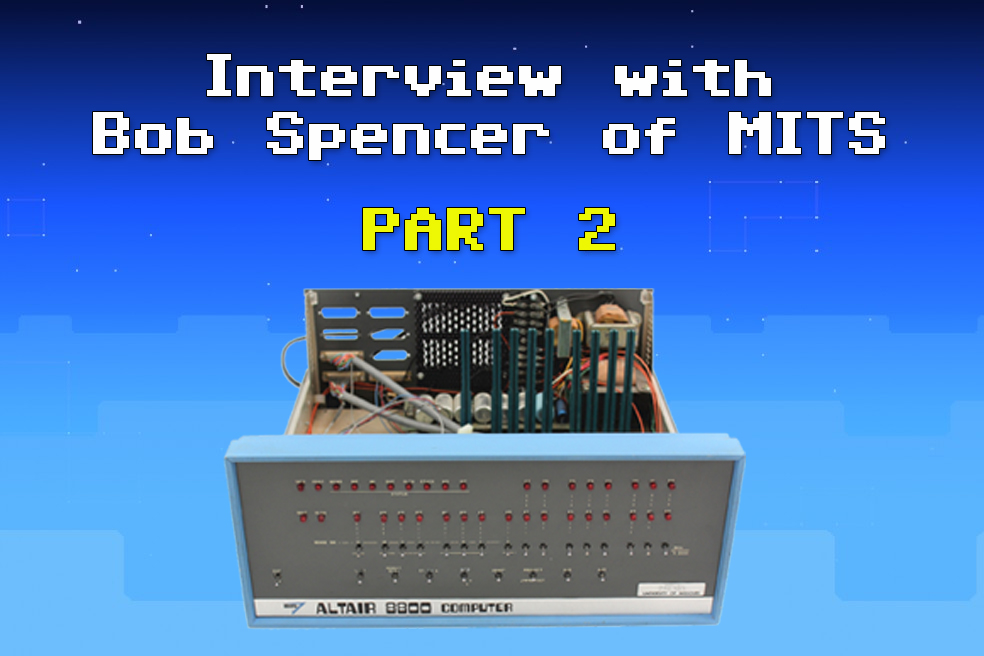 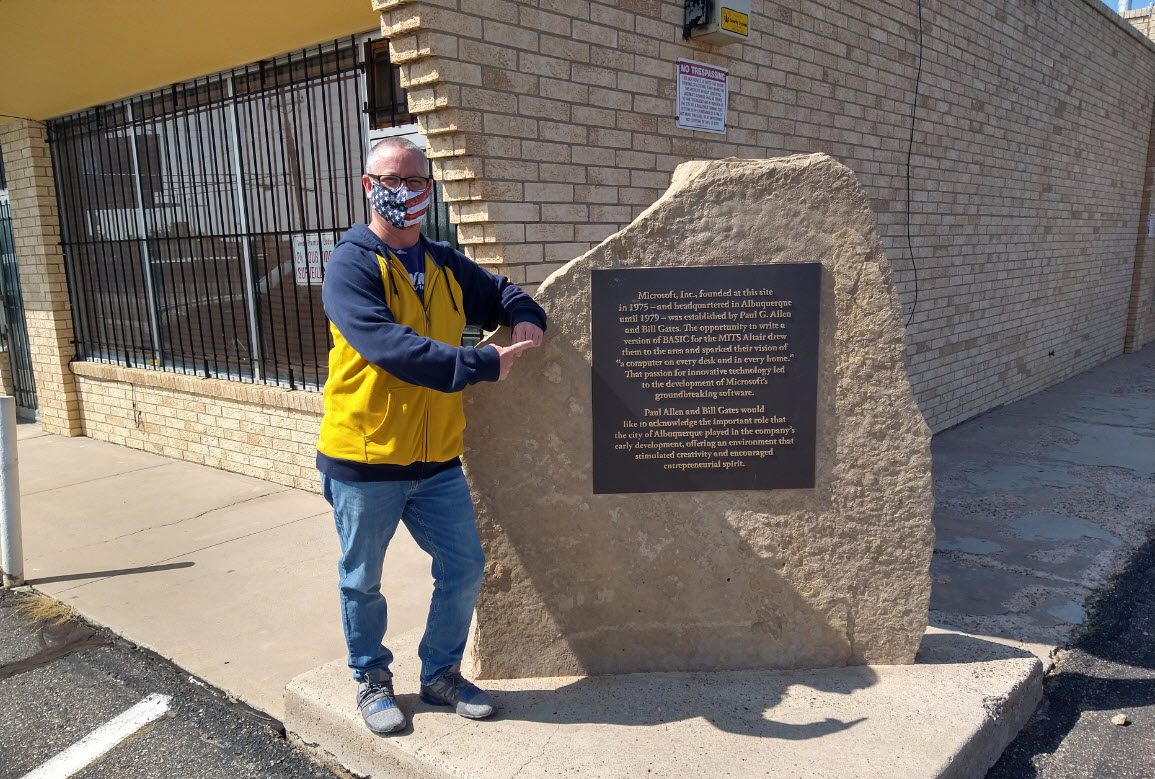 First! LOL! So what do you do after lunch each day?!!

No time for lunch as it would take away from Retro Time!! hehe