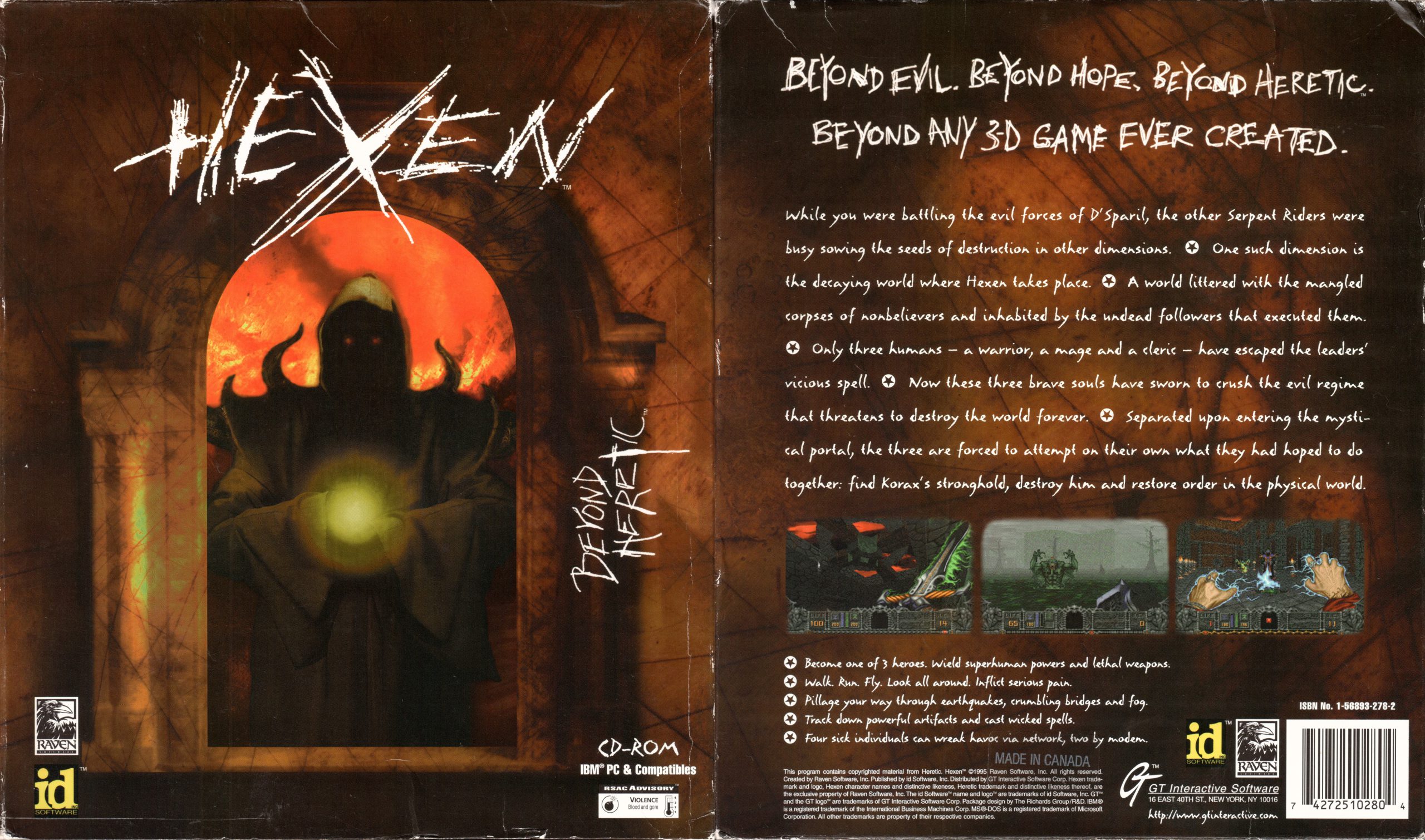 Please direct all bug reports to support@gtinteractive.com. Do NOT email
id Software or Raven Software with bug reports.

This is a 4-level demo of the new action-adventure Hexen: Beyond Heretic,
the sequel to the original Heretic first-person action-adventure. Besides
the storyline, the major differences between Heretic and Hexen are numerous.

* Three character classes: Fighter, Cleric and Mage. At the start of
your adventure, you choose which class you want to play through the
entire game of Hexen. In multiplayer mode, you can choose which
character you want to use to either inflict punishment (Deathmatch)
or to help your comrades through the adventure (Cooperative).

The Fighter's weapons are mostly close-combat weapons, but he does
the most damage with his attacks.

The Cleric has two close-combat weapons and two long-range weapons
since he is a hybrid of the Fighter and Mage classes.

The Mage has four long-range magical attacks. This is the best
character for you if you are better at attacking from a distance.

* No sequential level-to-level game progression. For instance, the
second level (Seven Portals) contain the gateways to the other three
levels in the first "hub" of the game. You will revisit Seven Portals
many times before you complete Hexen's first hub area. When you are
on one level, you can pull a switch and open doors or raise stairs
on a different level to unlock the continuation of your quest.

* Rich audio environment. Hexen has a dark, brooding background
soundtrack to create a subtly disquieting mood while you listen to
animals scrabbling around on rocks, birds screeching or the ambient
soundscape of a swamp. All this combined with the enemy's audio
cues create a rich aural experience while you journey through the
dark, dangerous world of Hexen.

* Large range of artifacts. Many of Heretic's artifacts are here along
with many new ones that prove to be quite interesting in a Deathmatch
situation! Sure, Heretic was great fun with the Morph Ovum, but have
you ever seen a flying pig? You Will. And we will be the ones to
bring it to you with the Porkelator!

* Awesome visual effects. Slog your way through a real swamp, complete
with a haze of white fog and swamp gas clouds cruising over the ooze.
Twin parallaxing cloud sky backdrops. A crowd of bats blasting into
your face as you prepare to descend into a network of caves. These
and many other effects will surprise and awe you with their brilliance.

This demo is multiplayer capable. Use the DM program to initiate a
multiplayer game. Please read DM.DOC for details.

Enjoy the demo. Then rush out and get the game when it hits the stores!
You won't be sorry. But your friends will be when they think they can take
you on in a Deathmatch and they find a Maulotaur you just summoned bashing
their brains into the dirt with you laughing at them behind its back. 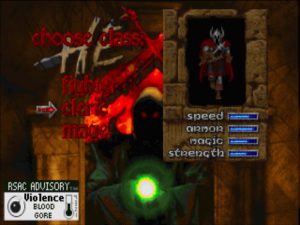 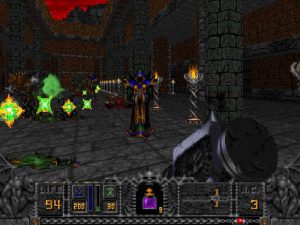 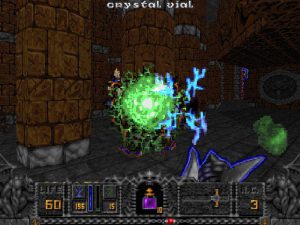 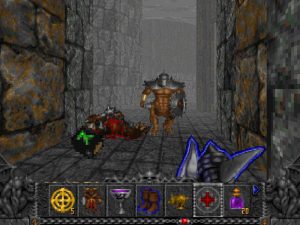 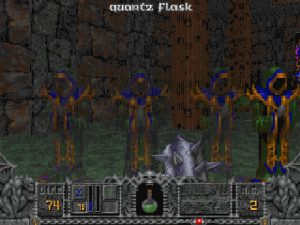 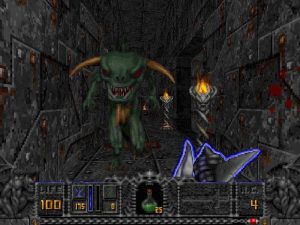